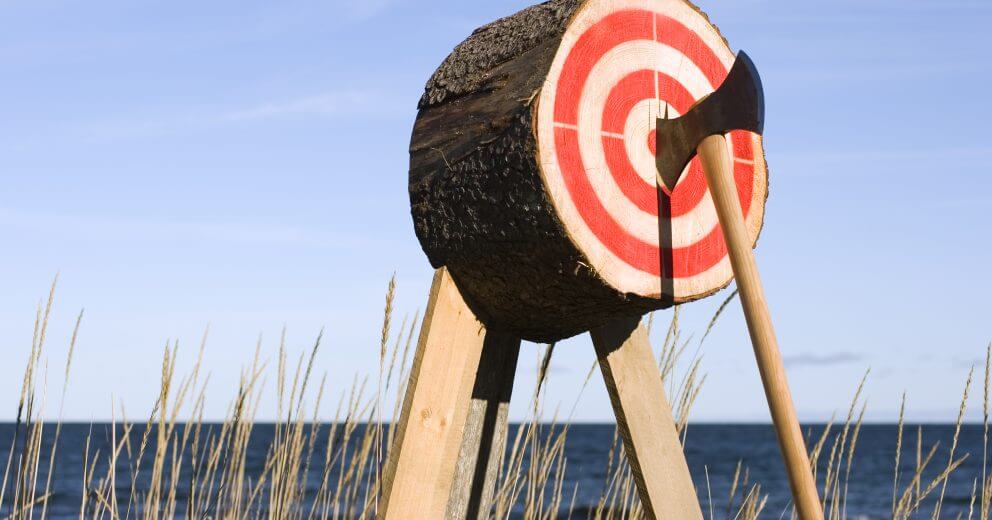 Need to Improve Your Bowling Skills? Here are Four Quick Tips to Bring Your Game to the Next Level

People have thrown axes for as long as we’ve been using them as tools. From the earliest days of humanity when tools were made from wood and chiseled stone, axes were being thrown. There were obvious applications in activities like hunting and warfare, but a thrown axe could have multiple implications depending on the cultural context. But when did we start throwing axes for sport?

The exact origin of axe throwing as a competitive sport is unclear. Popular American legend cites pioneering lumberjacks in the 1800s as the founding fathers of the game. As the stories go, frontiersmen, tired and bored after a long day of hard work, would gather around and throw their axes at trees to see who could land the most impressive shot,

Others contend that the sport goes back even further than the American frontier. They credit the likes of the Vikings or the ancient Celts with the first friendly axe-throwing competition; a gamified way to display their martial skill. Whether it was fearsome Vikings looking to show their skill or bored frontiersmen just looking to kill some free time, the fact of the matter is that axe-throwing as a competitive sport predates any of the modern axe bars you find across urban landscapes across the U.S.

Axe bars as we enjoy them today have roots as recently as 2001 when the sport became popular in small pockets across Europe. Eventually, these friendly, rural get-togethers combined to form what would be known as the EuroThrowers umbrella for knife and axe-throwing enthusiasts.

In 2006, the hobby made its way across the Atlantic to Toronto, Canada. Over time, the sport grew outwards organically and by 2019 it had become a widespread pastime in North America. Axe bars started cropping up across urban locales like New York, San Francisco, Austin, Boston, and even our very own Falmouth.

Like any other sport, some people enjoyed axe throwing so much that they wanted to take their game to the next level. Enter axe-throwing leagues; where top-tier contestants convene and compete. The World Axe Throwing League (WATL) was founded in 2017 by representatives from the US, Canada, Brazil, and Ireland. Today, the WATL oversees the sport of urban axe throwing, curates a standardized set of rules and scoring, and hosts tournaments for the sport’s most elite players.

WATL hosts an annual championship each December. The format has changed slightly from year to year, but the basic outline follows the standard rules of the sport as dictated by the League and the winner receives a trophy in the form of a highly ornate, decorative hatchet. In 2018, the championship was broadcast on ESPN, marking the first time the sport had made it to the airwaves. Many commentators noted the broadcast as a sign of the sport’s confirmed legitimacy; axe throwing as a competitive game is here, and it’s here to stay.

If you’re looking to up your game but aren’t quite ready for the biggest of the big leagues, don’t worry. Each Wednesday starting March 1st, Timber is hosting our own League Nights for locals to come and test their mettle at the axe lanes. Call today and ask us how you and your friends can set up a league of your own.